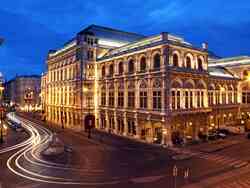 The history of e-mobility

Locomotion by means of electrically powered vehicles is not a new idea. In fact, the beginnings of e-mobility date back to 1821, the year in which the first foundations were laid.

At the beginning of the 20th century, electromobility even played a pioneering role, with the number of electrically powered vehicles twice as high as those with combustion engines. Not too long later, however, they were replaced by combustion engines. Today's growing environmental awareness is giving e-mobility a new boost. But how exactly did electrically powered vehicles come about and why did what was actually such a progressive idea once come to an abrupt end? This article aims to answer these and other questions.

The electric car: It's been a road full of ups and downs

The year 1821 is considered the birth of electromobility. In that year, the English researcher Michael Faraday - who is also the creator of the eponymous Faraday cage - realized that electromagnetism can generate permanent rotation. He thus laid the foundations for electric driving. From the 1830s onwards, the first electric vehicles were already available, some of which were powered by batteries and others by electric motors. In 1832, for example, the Scotsman Robert Anderson made an electric cart, and in 1839 an electric vehicle was introduced. A few years and companions later, the U.S. government subsidized experiments by Charles Grafton Page, to whose idea the electric locomotive can be traced. In 1851, the first test run took place, temporarily reaching 31 km/h. This was followed by the important invention of rechargeable lead-acid batteries (1859) and various exhibitions, at which new inventions on the subject of electric mobility were constantly being presented.

In 1881, Frenchman Gustave Trouvé presented the "Trouvé Tricycle" at the International Electricity Exhibition in Paris. The bicycle with three wheels is considered the first historically recognized electric vehicle. It achieved a speed of twelve km/h and a range of between 14 and 26 kilometers. Just a few months later, the English research duo William Edward Ayrton and John Perry produced another electrically powered tricycle. The "Ayrton & Perry Electric Tricycle" already had a much higher performance: It reached half a horsepower and a range of 40 kilometers on one charge. Unlike Trouvé's model, there were no pedals, but a complete electric drive and lighting. Due to the lively enthusiasm, numerous innovations and vehicles followed, such as a carriage, which was the brainchild of German inventor Werner von Siemens. The so-called "Elektromote" is today considered the forerunner of trolleybuses.

The definition of a car is that it is a machine with at least four wheels that can transport people. For this reason, 1888 is considered the official launch year of electric cars. Because before that, they were mainly smaller transport aids that were not designed to carry people. Others had only three wheels. In that year (1888), the machine factory A. Flocken produced the first four-wheeled passenger car with electric drive, the so-called "Flocken Elektrowagen". Around the same time, a similar innovation was developed in Russia: engineers Pavel Nikolayevich Yablochkov and Ippolit Vladimirovich Romanov presented their electric passenger car.

The rise of electromobility

In the last decade of the 19th century, great potential was seen in e-mobility, especially in the United States. Demand was also growing, with competitions being held, for example, in which electrically powered vehicles were pitted against each other. By 1900, there were already around 34,000 electrically powered vehicles in the USA, some of which could boast ranges of over 100 kilometers.

In 1897, an official exchange on the future of mobility took place in Berlin, at which it was stated that there were three ways of getting around:

The prediction at the time that steam vehicles would move on rails and oil and electricity would find themselves on the roads came true.

Between 1896 and 1939, there were about 565 manufacturers of electric vehicles globally. In the U.S., Ford was the most prolific manufacturer of all, producing over 78,000 models. Thus, the American company produced more electric cars than the other brands combined. In the countries of Germany (Siemens, Hercules, Fahrzeugfabrik Eisenach, etc.), as well as Austria and Italy, an equally lively inventive spirit made itself felt in terms of e-mobility.

In 1899, there were the most registered speed records. The Belgian Camille Jenatzky was the first person to travel at a speed of more than 100 km/h.

The downturn of the e-car

From 1910 onward, the boom slowed down. On the one hand, gasoline engines with their starters were much easier to start; electric cars always required cranking. Range was also a problem for electrically powered vehicles. Cars with internal combustion engines managed significantly longer distances, whereas e-cars had to be charged more frequently. In addition, oil was particularly affordable at the time.

As a result, vehicles with internal combustion engines began to displace the once popular electric cars from the 1920s onward. Even Ford - the heavyweight of the industry - was now increasingly producing combustion engines, whereupon other manufacturers also increasingly turned away from electric cars. For the general public, electrically powered vehicles were henceforth a niche; especially in the USA, one could still encounter some - the so-called "milk floats", for example. These were electrically powered trucks used for the delivery of milk bottles.

Due to the unchanging routes, electrically powered vehicles remained relevant, especially in public transport. To bypass the sensitive and heavy accumulators in the vehicles, overhead lines were invented as energy sources. This is how streetcars, trolleybuses as well as electric locomotives still receive their energy today.

The comeback of e-mobility

Above all, the oil crisis that emerged in the 1990s as a result of the Gulf War provided a departure for new shores. People became increasingly concerned about the impact of their actions and developed a heightened environmental awareness, primarily due to growing air pollution and concerns about climate change. In addition, the California Air Resources Board (CARB) passed legislation with the intention of spurring innovation and increasing reliance on zero-emission vehicles. As a result, new models were produced in the early 1990s. However, after CARB's legislation was relaxed, many manufacturers' drive to innovate waned and the makes were taken off the market again.

Young start-ups - such as Smiles AG or Fine Mobile GmbH - and also some long-established manufacturers such as Toyota, Mercedes or General Motors from the mid-1990s onwards are responsible for a renewed flourishing of e-mobility.

The Tesla Roadster ushered in a new era in 2006, as it was the world's first mass-produced electric car with a range of around 350 kilometers, making it suitable for use on highways.

To mark the 125th anniversary of electromobility, a number of manufacturers launched important models in 2013. In the future, government regulations could ensure that the more environmentally friendly variants are given a new lease of life.

Since fall 2016, there has been a widespread expansion of fast-charging stations in Europe, which enable charging for a range of around 300 kilometers within a few minutes. In addition, there is a proposal in Germany to stop registering vehicles with internal combustion engines from 2030. In Norway, there have already been more new registrations of vehicles with electric motors since 2017, compared to those powered by oil-derived energy. Concrete plans for promoting e-mobility and phasing out vehicles with internal combustion engines currently exist in the Netherlands, France and the United Kingdom.

There are many reasons for switching to electrically powered vehicles. In addition to the environmental aspect, the fact that such cars require less maintenance also speaks in their favor. After all, they do not need oil, filters or spark plugs. In addition, electric cars are not a noise nuisance.

Volkswagen AG has set itself the following goals on the subject of electromobility:

Volkswagen has launched the largest e-offensive in the automotive industry. The Group is investing around 35 billion euros.

Around 70 pure e-models are planned across the Group by 2030.

The newly developed all-electric model family was launched in 2020.

In 2025, the Volkswagen brand aims to sell more than one million e-cars per year worldwide.

The modular e-drive system (MEB) is the technical and economic backbone of the e-offensive.

The new e-cars will be built at eight MEB sites in Europe, China and the USA.

Up to 31 km/h is temporarily achieved

The "Trouvé Tricycle" by Gustave Trouvé reached 12 km/h and a range between 14 and 26 kilometers.

Camille Jenatzky: 1st person to travel at more than 100 km/h